MadoquaPower2X is developing a world-leading green hydrogen and renewable ammonia project. The project will be located in Portugal in the Sines industrial zone (Zona Industrial e Logística de Sines, ZILS). MadoquaPower2X is a consortium comprised of Madoqua Renewables, Power2X and Copenhagen Infrastructure Partners (CIP). The consortium is committed to develop, install and operate the project to the highest environmental and safety standards. The project generates economic growth with an economic activity classified as sustainable according to the latest EU Taxonomy and is an important factor to secure an independent power infrastructure.

Green hydrogen and renewable ammonia production The project involves the production of green hydrogen using established alkaline-water electrolyzer technology and the production of green ammonia through the Haber-Bosch process. Hydrogen will be transported through the local hydrogen grid and can be used by other local players, as well as blended into the natural gas grid. The green ammonia will be transported by pipeline to the Port of Sines and loaded for export and/or used as maritime fuel and is an attractive option for European green fertilizer manufacturing.

The project will use renewable energy to produce the green hydrogen and green ammonia. The electricity will primarily be provided through a renewable energy community with access to dedicated solar and wind assets in Portugal which are being developed in parallel. This approach allows for a secure and dedicated renewable power supply for the full lifetime of the project. 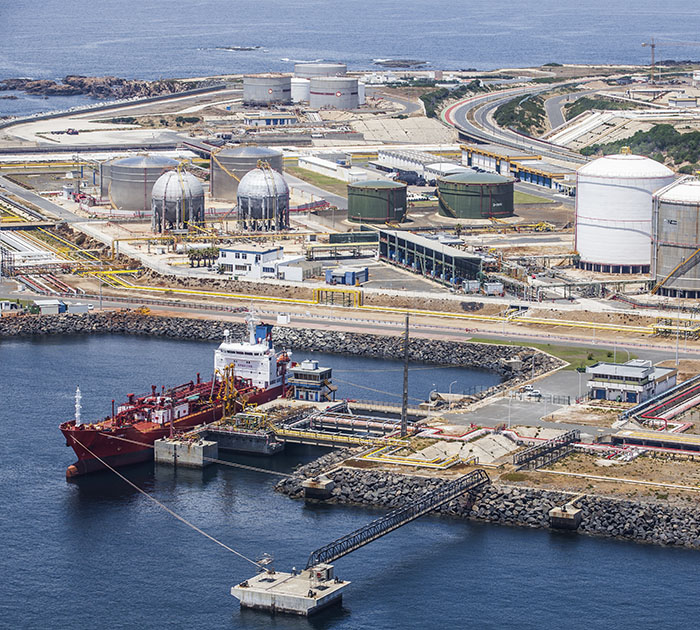 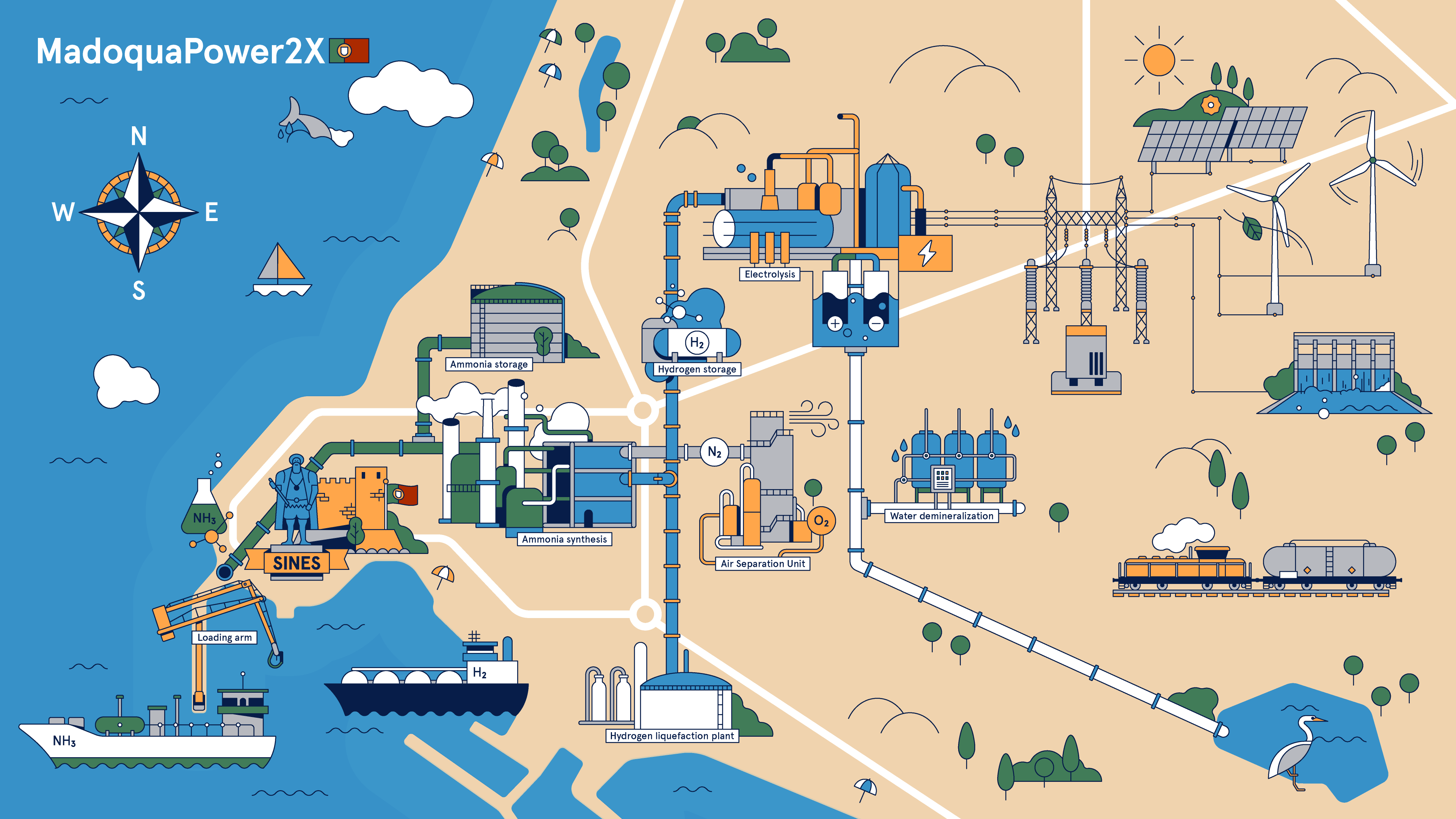 Presentation of the Project 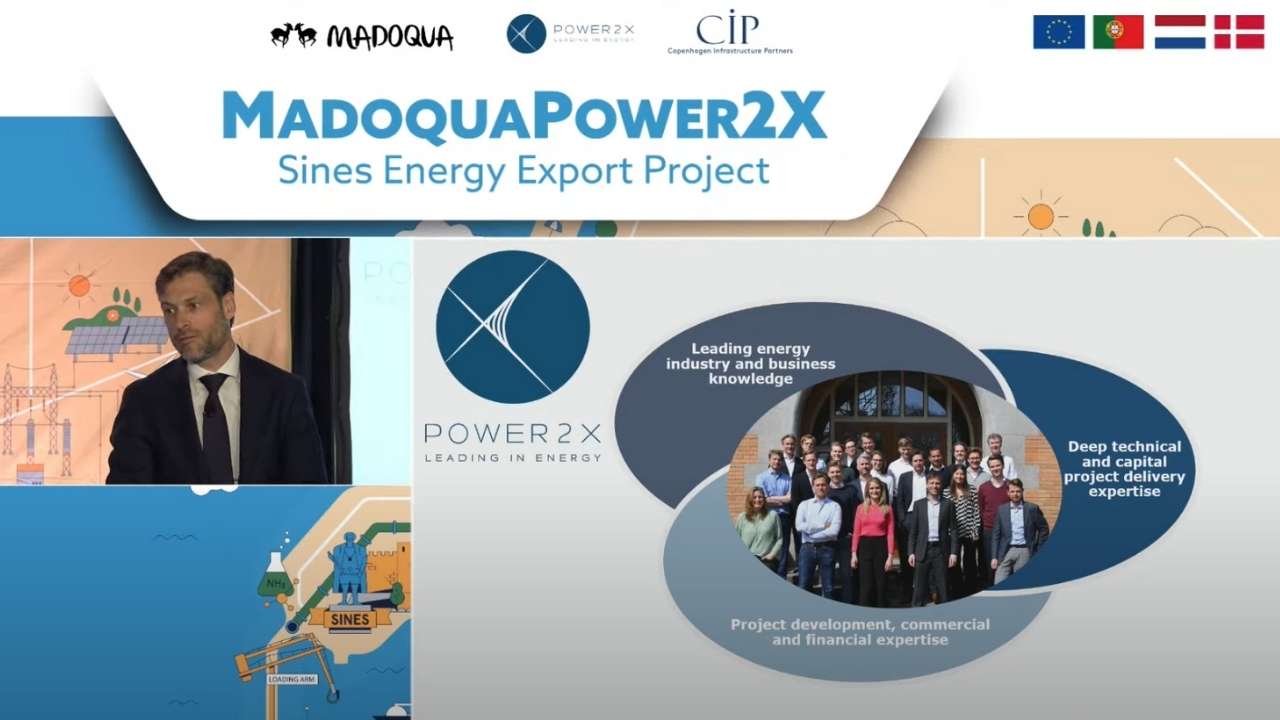 Do You Have Any questions?